Question:  I am a partner in a same-sex marriage now residing in Illinois with my spouse.  What actions, if any, should I take in light of the recent case treating same-sex marriages the same as conventional marriages?

While there are numerous aspects of Federal tax law which apply to same-sex couples, some of the areas which may be of most interest to you are highlighted below.

Same-sex spouses are now entitled to file joint income tax returns for Federal purposes.  For tax years for which the income tax Statute of Limitations has not run (generally three years), same-sex couples may amend previously filed income tax returns for years in which they were married. It is noteworthy that in many cases, dual wage earner spouses will pay more income taxes by filing jointly than they would if they were not married and filed as single. Following Windsor, same-sex couples will no longer have this option. The joint filing of State income returns will only be permitted in States which recognize same sex marriages.

As the Court ruled in Windsor, a deceased spouse in a same-sex marriage can, during lifetime or upon death, transfer assets to a same-sex spouse and no Federal estate or gift tax will be imposed on the transfer. The tax-free transfer of assets between spouses in a same-sex marriage represents an enormous opportunity and will likely require an update of Wills and Trusts currently in effect for same-sex couples. Same-sex couples can also elect to split gifts for Federal gift tax purposes, thereby enabling them to preserve their estate tax exemptions to a greater extent.  Also, the provision of the new tax law allowing surviving spouses to use the unused estate tax exemption of the deceased spouse will now be available to same-sex spouses.

With the extensive provisions in the Internal Revenue Code which apply to spouses, a new array of tax planning opportunities is now available to individuals in same-sex marriages.  Now is the time for same-sex couples to review the benefits available and take advantage of the new opportunities.

The Tax Corner addresses various tax, estate, asset protection and other business matters.  Should you have any questions regarding the subject matter, you may contact Bruce at (312) 648-2300 or send an e-mail to bruce.bell@sfnr.com.

CIRCULAR 230 Notice:  In order to comply with requirements imposed by the Internal Revenue Service, we wish to advise you that (a) any U.S. federal tax advice contained in this communication is not intended and cannot be used for the purpose of avoiding tax-related penalties, and (b) no one, without prior written consent, may use any advice contained in this transmission in promoting, marketing, or recommending any entity, investment plan, or arrangement to another taxpayer. 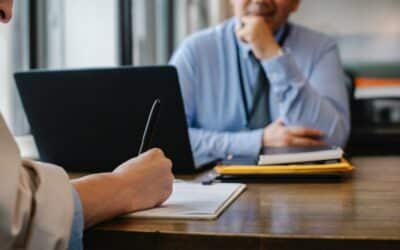