‘Scorched Earth’ Tactics Burn Both the Manufacturer and Its Legal Counsel

“Effective sales reps are the lifeblood of this market.”

U.S. District Judge R. Brooks Jackson was describing how medical implants manufacturers deploy sales reps with not only the character traits to develop relationships with surgeons, but also the medical knowledge necessary to help the surgeons use their products in the operating room.

While the judge’s words may prove equally descriptive of the role most effective sales reps play, few reps facing termination are offered $13.8 million deals from their principals.

And equally few are forced to engage in such volatile litigation, “characterized by vigorous advocacy, to say the least,” featuring discovery disputes of such “volume and antagonistic nature,” that a court must appoint a “special master to assist in managing the discovery process.”

The start of the relationship

Howmedica Osteonics Corp. is the implants manufacturer that hired independent rep ORP Surgical, LLP. The parties entered into two exclusive sales rep agreements: one for joints products used in joint replacement surgeries (“joint contract”) and one for trauma products used in emergency surgeries (“trauma contract”). The contracts permitted either party to terminate with certain post-termination restrictions. Specifically, ORP could not sell competitive products for one year after a termination, but Howmedica was required to pay monthly “restriction payments” during this time equal to commissions earned in the preceding twelve months. Each party was also barred from hiring the other’s employees for one year.

For years, the parties worked together closely. Howmedica often helped train the ORP reps, and some ORP officials were Howmedica alumni. ORP devoted more attention to selling Howmedica products than to any other line, and both sides reaped substantial rewards. Then, in a familiar harbinger of change, Howmedica hired a new area vice president.

The end of the relationship

Less than six months later, the new area vice president informed ORP he was terminating the joint contract “for cause.” Under the terms of the joint contract, if Howmedica terminated for cause, ORP had to remain on the sidelines for twelve months without compensation.

Almost immediately after starting with Howmedica, the new area vice president sought to negotiate an end to the trauma contract. The parties discussed a $13.6 million buyout price, but the price was tied to Howmedica hiring all 14 of the ORP reps it sought – a condition ORP rejected.

Within two hours of the termination, Howmedica offered to hire at least 11 ORP reps, never mind the non-solicitation and non-divert provisions. Within 48 hours, it had managed to hire away 12.

The relationship ends up in court

ORP responded by filing suit in the Denver federal court, including for breach of contract by failing to make the restriction payments, and for soliciting and diverting its sales reps.

Naturally, Howmedica attempted to devise a “for cause” basis for its termination of the joint contract to defend its failure to make the restriction payments. Actually, it asserted a laundry list of bases.

The case proceeded to a bench trial before Judge Jackson, who, in a detailed and lengthy opinion, shot down each of Howmedica’s five different “causes” for termination. The court shot down each of its excuses for a “for cause” termination, finding them “flimsy and lacking in credibility.” Some did not even get considered at the time of termination and were only contrived when Howmedica “went digging for post-hoc legal justifications.”

In short order, the court rejected claims that ORP: (1) sold competitive products; (2) willfully held back invoices or “sandbagged” Howmedica; (3) improperly moved material between hospitals; (4) deployed a sales rep suspended from calling upon a hospital without Howmedica’s knowledge and consent; and (5) was “insubordinate.” Instead, “when ORP refused to play ball, Howmedica manufactured reasons to justify a for-cause termination.”

Witnesses called to testify for Howmedica “equivocated, spun far-fetched stories, and even made flat-out misrepresentations.” The testimony of the main culprit, Howmedica’s new area vice president, was viewed as “incredible,” and contradicted by much more reliable evidence.

The trauma contract contained similar provisions, and the parties did not dispute that absent a breach by ORP, it was entitled to the restriction payments following termination. As with the joint contract, Howmedica’s allegations of breach involved conduct it “had no qualms with until they needed a legal argument,” enabling Judge Jackson to quickly conclude that ORP “was not in breach of the trauma contract.”

Howmedica’s breaches resulted in awards of $1,018,896 under the joint contract, and an additional $3,731,791.47 under the trauma contract, plus interest. The two contracts also entitled ORP to recover its costs and attorney’s fees.

Perhaps tossing Howmedica a proverbial bone after entering a total judgment of over $5 million against it on the contract claim, Judge Jackson ruled that even though the evidence at trial showed it had solicited and diverted ORP sales reps in violation of the trauma contract, inadequate evidence of damages from this conduct was shown, and so awarded only $1 in nominal damages on this claim.

The court found “there was insufficient evidence that Howmedica’s solicitation and diversion tactics caused any sales reps to leave ORP for Howmedica.” Instead, following termination of ORP, Judge Jackson determined that “the reps likely, almost certainly, would have accepted offers of employment at Howmedica without any solicitation or diversion at all.”

The unusual level of contentiousness during the discovery process led Judge Jackson to take the rare step of appointing a “special master” to oversee the parties’ production of documents and taking of depositions. The special master selected was a retired Colorado state court judge who was recommended by both parties, who were to split his fees.

Unlike judges, a special master has no authority to impose any punishment for a party failing to comply with its discovery obligations, but he can issue a report to the court recommending sanctions. Upon considering the many problematic moves of Howmedica, the special master did so repeatedly.

One report noted Howmedica’s failure to preserve relevant text messages among two of its employees, leading the special master to recommend severe sanctions. When the missing text messages were reportedly found shortly after the recommendation issued, Judge Jackson chose not to sanction Howmedica at that time.

In another report, the special master recommended sanctions against both Howmedica and its big firm attorneys following a deposition where the attorney defending a Howmedica witness “behaved inappropriately, disruptively, uncivilly, and unprofessionally.” This was in addition to improperly coaching witnesses, including by encouraging them to “stonewall” the ORP attorney taking the depositions.

When he received these reports, Judge Jackson was “appalled at the Howmedica team playing fast and loose with discovery obligations,” including by falsely assuring the court that the missing text messages were located and produced when it turned out they were not. He agreed with the special master’s finding that Howmedica’s counsel improperly coached witnesses, “abusively defended” a key deposition and delayed discovery. The judge commented the lawyer was “rude, unprofessional, and inappropriate.”

Judge Jackson next sought to find suitable sanctions “with teeth.” While the special master had recommended Howmedica reimburse ORP for two-thirds of his fees, the court ordered Howmedica to fully reimburse ORP for the cost of the special master. The real sting of the order came when he directed half this amount to be paid by the attorneys, an exceptionally rare move with lasting consequences beyond the dollars involved for any attorney so sanctioned.

Perhaps the inclination of a principal who withholds millions in commissions clearly due to engage in litigation tactics outside the rules should come as no surprise, but for big firm attorneys to join their client down that low road proves highly disappointing, at least to this former big firm attorney.

Should you have any questions regarding this subject matter, you may contact Adam Glazer at (312) 648-2300 or send an e-mail to adam.glazer@sfbbg.com.  This article appears in The Representor, a publication by the ERA.

For many small business owners, the key retirement plan decision is not what type of plan to adopt, but where the 401(k) plan funds should be invested. While 401(k) plans are the overwhelmingly popular plan of choice for employers, consider that alternative plan design options are available to maximize benefits for company owners with both 401(k) plans and other types of qualified retirement plans. 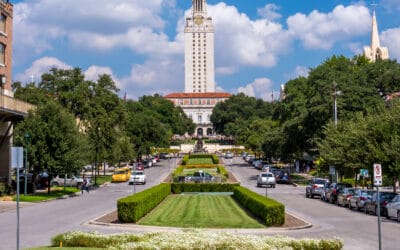