Kurtis Jewell and more than 1,700 of his current and former co-workers at Aaron’s Inc. claim their jobs were so pressure-packed they could not take lunch breaks, in violation of the Fair Labor Standards Act, 29 U.S.C. Sections 201-219.

After filing their federal class-action suit, they agreed with Aaron’s to limit discovery of the class to 87 randomly selected opt-in members (referred to as “sample plaintiffs”). This unusually cooperative start to class discovery did not last long.

Aaron’s, the national lease-to-own retailer, received certain anonymous information that lead-plaintiff Jewell was posting to his Facebook account during business hours. The alleged postings included a lunch break reference: “At workkkk …on lunch … ready to go home … work two hrs in am then offffff for the day.”

Other alleged posts by Jewell arguably showed him relaxing, if not on break, including: “En work blows today … Ready to be at home chillin … ” “Hmmm … ready to be off work … ” “sittin here at work … kinda sleepy.”

This inspired Aaron’s counsel to propose a discovery request asking all 87 sample plaintiffs for documents that would show how many of them engaged in similar conduct. Specifically, Aaron’s proposed to obtain from each sample plaintiff copies of all activity posted to “any Internet website or Web page, including but not limited to, Facebook, MySpace, LinkedIn, Twitter or a blog from 2009 to the present during your working hours at an Aaron’s store.”

As a basis for the request, Aaron’s cited the prevalence of social media and the ease with which postings can be made, including from smartphones. Aaron’s argued “it is likely” that its document request would show that many sample plaintiffs “spent a chunk of 30 minutes or more during the work day” making personal posts and these posts may even reveal some actually took lunch breaks. Such posts, Aaron’s reasoned, would directly refute the claims that work pressures prevented the plaintiffs from taking breaks.

The 87 sample plaintiffs objected to searching for and producing years of postings to media sites and asserted that the proposed task was “tedious and incredibly time-consuming.” Plaintiffs’ counsel argued that complying would require assisting all 87 “in making a day-by-day, hour-by-hour search of the websites, comparing the date and time of each posting with the schedule of workdays and hours to determine if they coincided.”

This argument would prove imprecise at best. The plaintiffs’ overly burdensome claim was based on the contention that Facebook posts do not contain a time stamp so determining when they were made required examining each post. Although it was not known how many daily posts were made by each of the 87 plaintiffs, it was estimated that clicking on each one to glean the requested data would take between 1,323 and 26,462 hours.

Because the plaintiffs failed to offer evidence to support their burdensome claims, Judge Amy Totenberg of the federal court in Atlanta, studied Facebook’s features and determined that users can download their data, “including ‘timeline’ information, ‘wall’ postings, activity log, messages and photographs.” All posts and other activity in a single document is then viewable with a date and time stamp. This discovery led the court to balance certain relevant and competing concerns in the just-published decision, Jewell v. Aaron’s Inc., 2013 WL 3770837 (N.D. Ga. July 19, 2013).

Courts have generally ruled that social networking site data made available for public view is protected by neither legal privilege nor any right of privacy. Yet, it is also recognized that users of Facebook and other sites are often careful to limit information from public view and litigants are not accorded carte blanche to inspect such content.

A familiar threshold showing must be met under Fed.R.Civ.P. 26(b) that the requested information is reasonably calculated to lead to the discovery of admissible evidence. Otherwise, as another district court recently noted, courts would permit a defendant “to engage in the proverbial fishing expedition, in the hope that there might be something of relevance in the plaintiff’s Facebook account.” Tompkins v. Detroit Metro. Airport, 278 F.R.D. 387, 388 (E.D.Mich. 2012).

The defendant in Tompkins sought a court order compelling the plaintiff, who claimed back and other injuries after suffering a slip-and-fall at the Detroit airport, to release records from the sections of her Facebook account she designated as private. Attempting to cross the relevance threshold, the defendant argued that the plaintiff’s public postings showing her smiling while holding a small dog and at a birthday party in Florida, demonstrated the relevance of her private postings.

Noting the dog weighed less than 5 pounds and the plaintiff did not claim to be bed-ridden or unable to participate in “modest social activities,” the court rejected the discovery request for private Facebook postings. Had the public Facebook content depicted her “playing golf or riding horseback,” the relevancy threshold may well have been crossed.

Aaron’s attempt to demonstrate relevance likewise came up short. The exemplar evidence of Jewell’s Facebook postings did not persuade the court that ordering production from the other 86 sample plaintiffs was likely to yield evidence showing they were not pressured to work through meal periods. Even if Facebook posts made during work hours were produced, this would not necessarily show whether a sample plaintiff “received a bona fide meal period.”

Totenberg ruled that, like the defendant in Tompkins, Aaron’s was merely hoping for something of relevance in the plaintiffs’ social media postings. Relying on mere hope, combined with the “extremely onerous and time-consuming” burden of compelling 87 plaintiffs to produce every social media post over a four-year period, spelled the decisive rejection of the Aaron’s discovery request.

As tempting as it is for litigants to somewhat voyeuristically overreach by demanding unfiltered access to an opponents’ social media contents, the Jewell and Tompkins decisions demonstrate how courts are increasingly requiring that traditional relevance concerns first be addressed.

Refreshingly, discovery parameters in the digital age are set not by what is technologically feasible, but remain guided by the old-school standard requiring information sought to be reasonably calculated to lead to the discovery of admissible evidence. 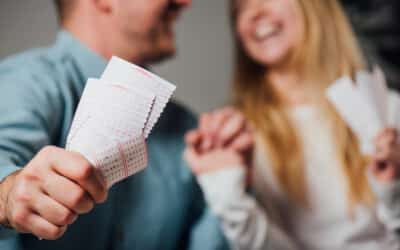